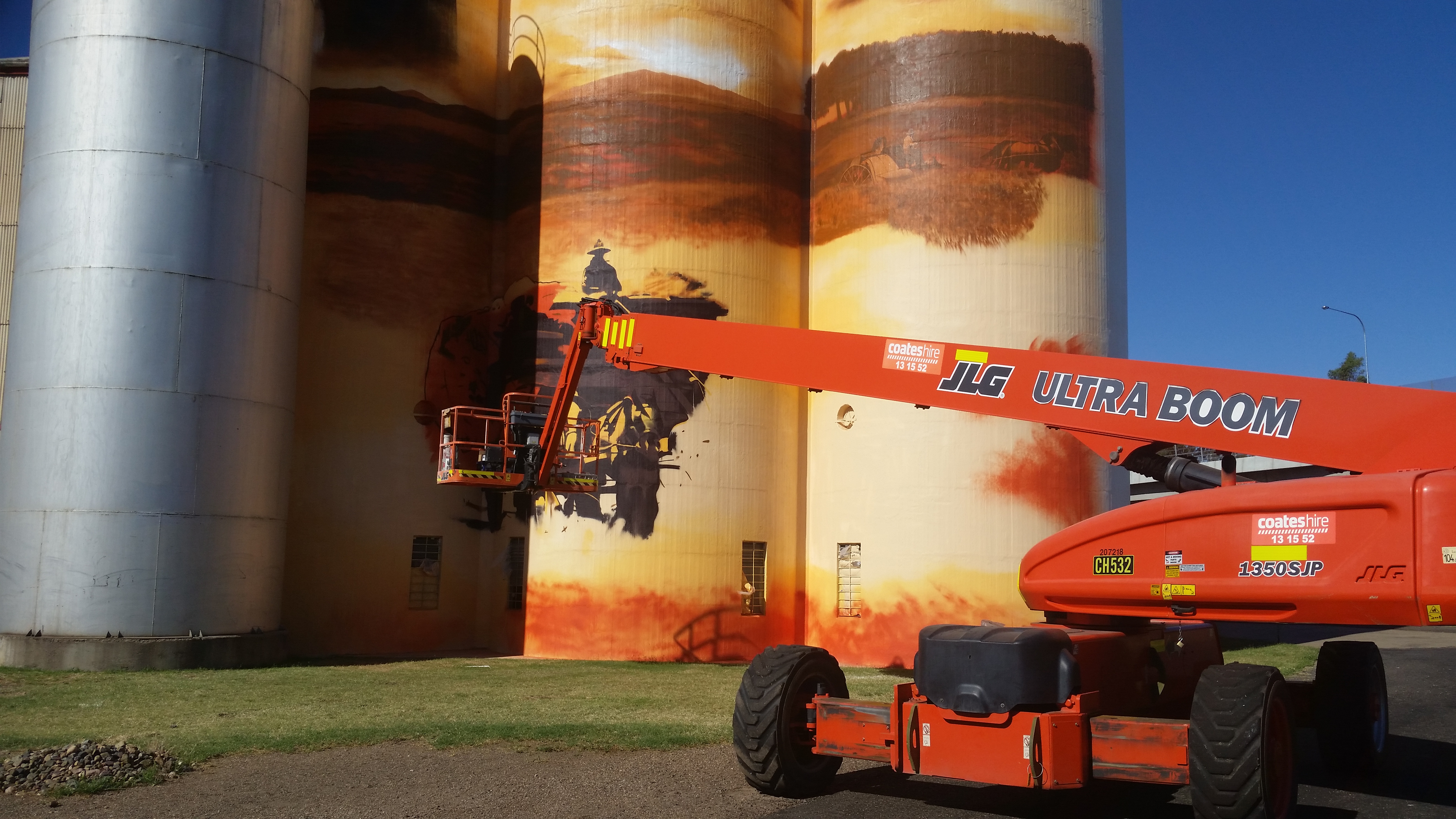 In 2020, with thanks to the Gunnedah Shire Council's Community Resilience Grant, the Society obtained funding to transform the Gunnedah Maize Mill into a work of art!

The Society engaged Melbourne-based street artist, Heesco Khosnaran, who has completed several street art projects in Melbourne, various regional towns and all around the world. He commenced work on the Gunnedah Maize Mill Project in late November having travelled from his home in Melbourne, although he originally hails from Mongolia.

The chosen image on the silo contains two aspects:

The work will be completed by the end of December 2020 and floodlighting, viewing area and information signage will be installed to inform the many viewers as to the historical and cultural significance of the work.

The Society extends their thanks to the Gunnedah Shire Council, State and Federal Governments, Whitehaven Coal and all others who made this project possible. It will continue to amaze visitors and locals for many years to come.